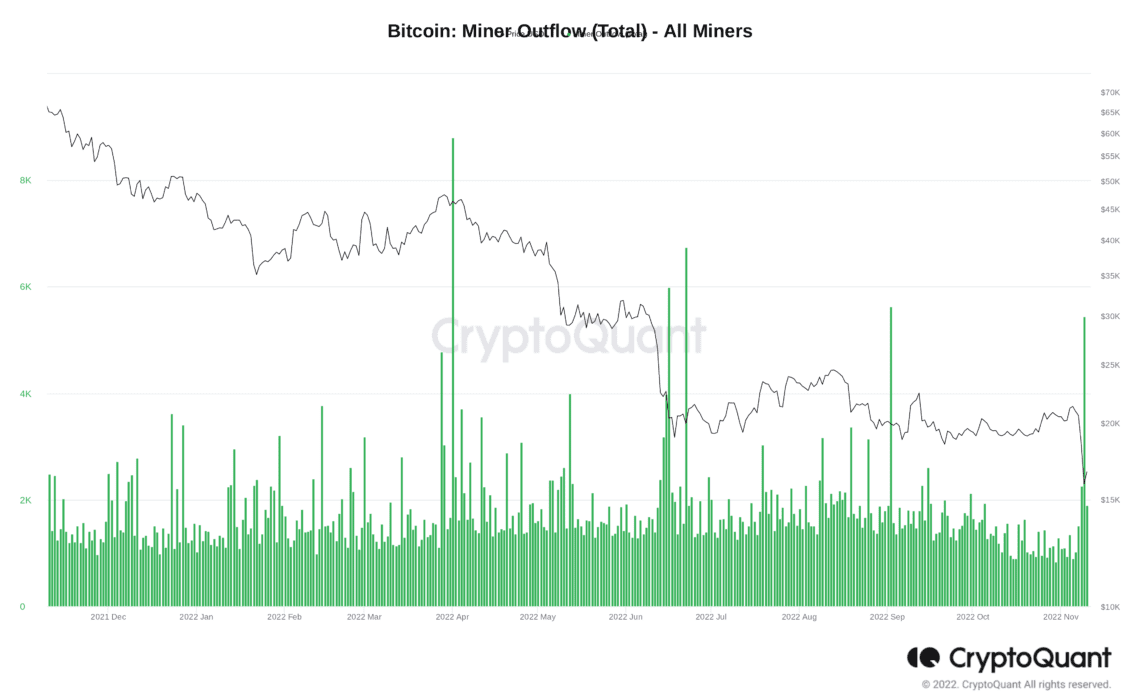 In a Quicktake post for on-chain analytics platform CryptoQuant on Nov. 10, contributor MAC.D suggested that miners could soon face “bankruptcy.”

After BTC/USD fell 20% in a matter of days, miners began operating at a higher cost than the block subsidy and transaction fees they earned.

The result is mining rigs being idled and miners selling BTC to cover expenses.

“BTC security is at an all-time high, but its mining volume is gradually decreasing. This will strangle the miners,” MAC.D explained.

He pointed to outflows from miner wallets passing 5,400 BTC for Nov. 9 alone, something which “can be interpreted as increased selling pressure.”

Going forward, the situation could worsen should major mining firms end up selling stored BTC en masse as a way to pay obligations.

“There is already a lot of news that mining companies listed on NASDAQ cannot pay their debts. If they go bankrupt, there will be a situation where they have no choice but to sell BTC,” the post continued.

A silver lining could nonetheless come shortly after such a major capitulation. Historically, there has been a correlation between miner wipeouts and BTC price bottoms.

“But the bankruptcy of past miners has formed the bottom of the BTC,” the post concluded.

“So when they go bankrupt, they have to use it as an opportunity to buy BTC.”

Continuing the theme, journalist Colin Wu meanwhile noted that even the most popular Bitcoin mining machines were now unprofitable.

“As BTC has fallen by 20% in the past 7d, F2POOL shows that bitcoin mining machines such as Whatsminer M30S and Antminer S17Pro have fallen below the shutdown price,” he tweeted on the day, linking to major mining pool, f2pool.

“Many Bitcoin miners are now turning their rigs off,” he commented on a chart.