Bitcoin In Danger Of Another Selloff, This Metric Suggests 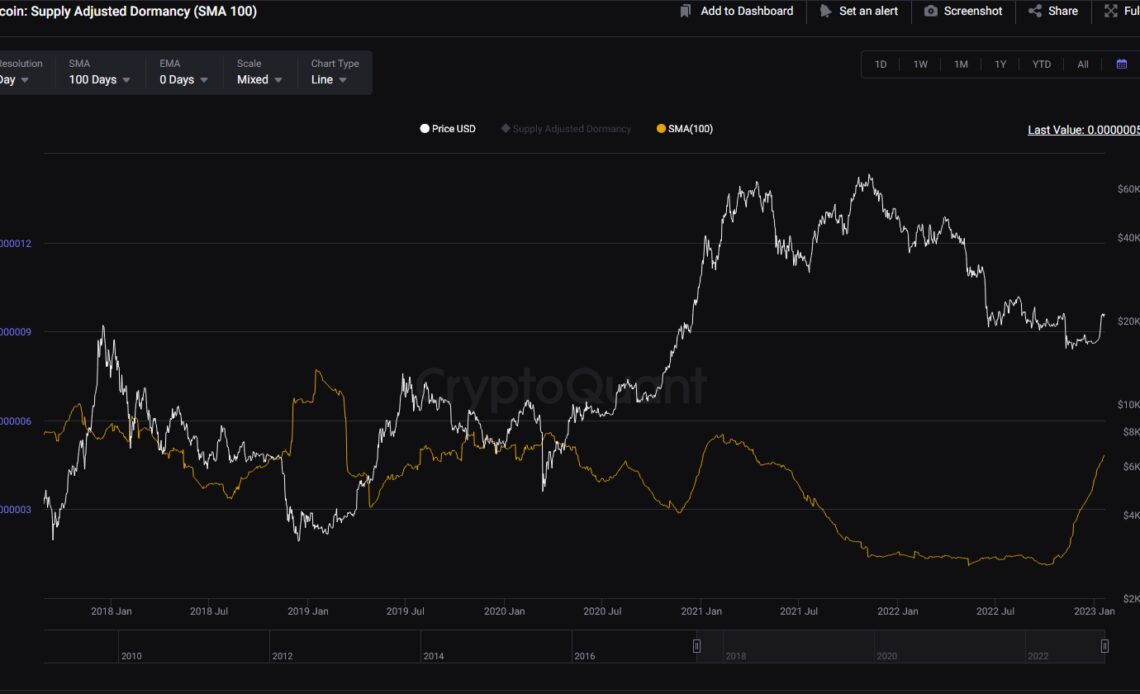 A Bitcoin on-chain indicator is currently forming a pattern that has previously led to significant selloffs of the cryptocurrency.

As pointed out by an analyst in a CryptoQuant post, the selloff could potentially be even stronger than the one seen in November 2018. A relevant concept here is of a “coin day,” which is the amount of 1 BTC accumulated after sitting still on the chain for 1 day. Thus, when a token stays dormant for a certain number of days, it gains coin days of the same amount.

However, when this coin is finally moved, its coin days naturally reset back to zero, and the coin days it had previously accumulated are said to be destroyed. An indicator called the “Coin Days Destroyed” (CDD) measures the total amount of such coin days being destroyed through transfers on the entire Bitcoin network.

When the CDD is divided by the total number of coins being involved in transactions, a new metric called the “average dormancy” is obtained. This metric is so named because it tells us how dormant the average coin being transferred on the chain currently is (as dormancy is nothing but the number of coin days).

When the average dormancy is high, it means coins being moved right now are quite aged on average. On the other hand, low values imply investors are currently transferring coins that they only recently acquired.

Now, here is a chart that shows the trend in the 100-day simple moving average (SMA) Bitcoin dormancy over the last few years: 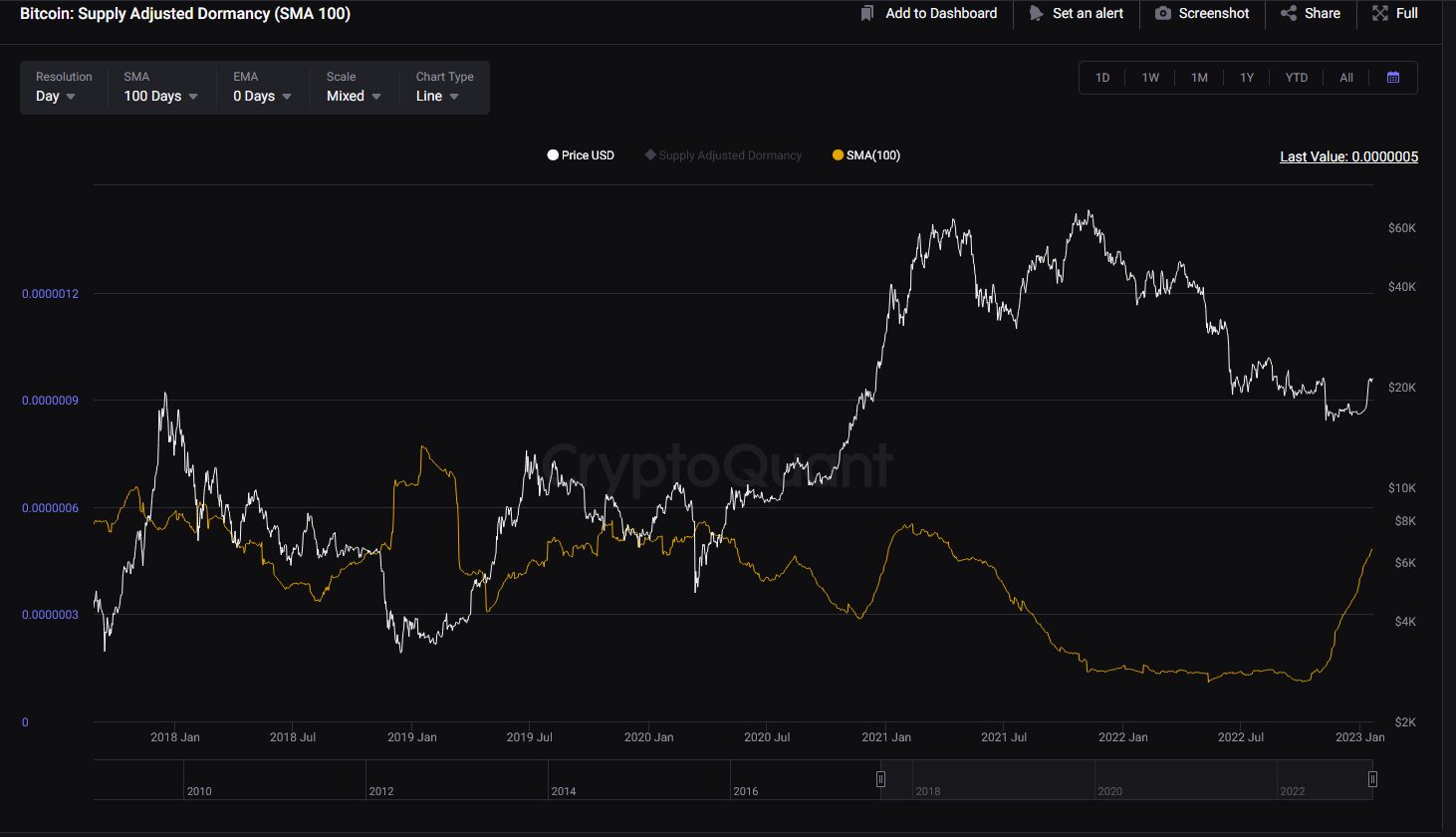 Note that the version of the metric in the graph is actually the supply-adjusted dormancy, which is simply calculated by dividing the original indicator by the total amount of Bitcoin supply that’s currently in circulation.

The reason behind this change lies in the fact that the supply of the crypto isn’t constant, but rather moving up with time. So, accounting for this adjustment makes it so that comparisons with previous cycles are easier to do.

As you can see in the above chart, the Bitcoin supply-adjusted dormancy has been on a steady uptrend since the lows observed following the FTX crash. This means that the old supply has been observing rising activity recently, suggesting that the long-term holders might be exerting selling pressure on the market.