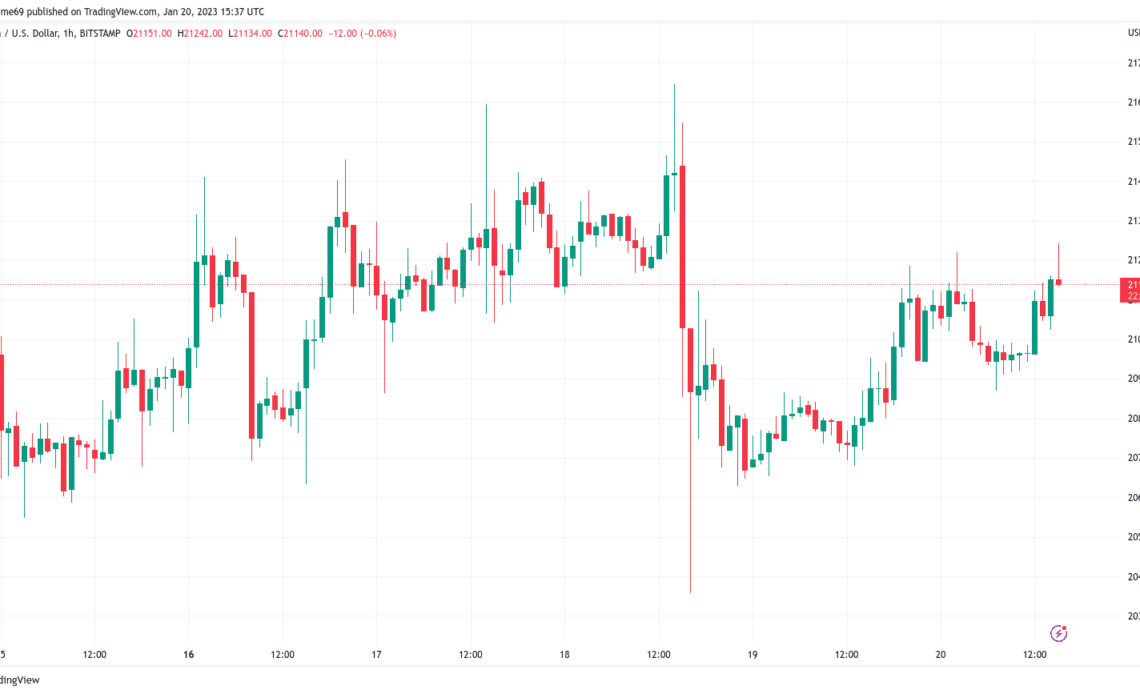 The pair edged higher at the Wall Street open, in line with United States equities as the third trading week of an explosive January drew to an end.

Despite misgivings over the rally’s fundamental strength, Bitcoin continued to avoid significant corrections, with exchange order book analysis revealing $23,000 as the next big resistance zone to crack.

“I view the lack of BTC liquidity below $18k and above $23k as a lack of sentiment for those levels at this time,” on-chain monitoring resource Material Indicators wrote in part of commentary about the Binance order book setup.

“Nothing changes sentiment like price moving through support or resistance, but for now, the trading range is well defined.”

In terms of short-term targets, popular trader and analyst Crypto Ed hoped for a trip to $21,500 before a turnaround with a downside target of $19,800.

“I still believe that we will get there, and maybe we are already on our way over there,” he said in a YouTube update on the day.

The area around $21,400 was equally important for fellow trader CJ, who told Twitter followers that this would be a suitable place to “tag longs.”

Zooming out, others focused on continued impressive moves by safe haven gold, which had hit a new nine-month high on Jan. 19.

In a Twitter debate, analysts eyed a potential continued game of catch-up between gold and Bitcoin, which researcher and data analyst James V. Straten argued had been a “mirror image” of each other in 2022.

“My bet BTC closes that gap soon,” he said while discussing the market implications of Federal Reserve policy.

Straten added that BTC/USD had already “retraced the entire FTX collapse and approaching the end of the narrative for DCG,” referring to ongoing problems for crypto finance conglomerate, Digital Currency Group.