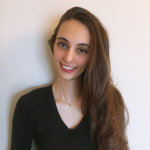 BTC climbs back up the rankings

Current numbers show that BTC’s market cap has surpassed both Mastercard’s and Tesla’s. Mastercard increased its ranking from 25 to 23 by growing its market cap by 10% to reach $361.77 billion. Tesla’s market cap, on the other hand, only increased by 6%, which led Tesla to fall from 13 to 18 in ranking.

Commitment to Transparency: The author of this article is invested and/or has an interest in one or more assets discussed in this post. CryptoSlate does not endorse any project or asset that may be mentioned or linked to in this article. Please take that into consideration when evaluating the content within this article.

Disclaimer: Our writers’ opinions are solely their own and do not reflect the opinion of CryptoSlate. None of the information you read on CryptoSlate should be taken as investment advice, nor does CryptoSlate endorse any project that may be…