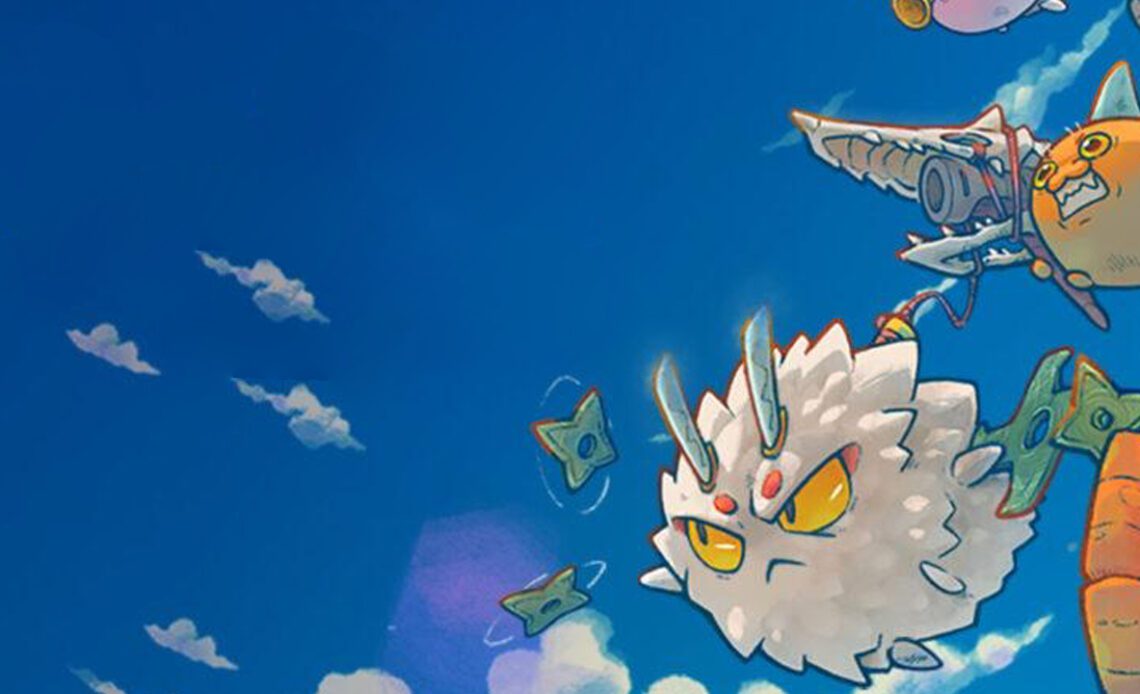 After recording $4.26 billion in total non-fungible token (NFT) sales, the play-to-earn game Axie Infinity’s monthly player count has dropped to levels not seen since November 2020, a period of 26 months. Despite the low player count, the project’s native token, AXS, has climbed 62% higher against the U.S. dollar in the last 30 days.

The non-fungible token-based online video game Axie Infinity once had millions of monthly players, with a peak of 2.78 million in Jan. 2022, according to activeplayer.io statistics. With Jan. not quite over, the last 30 days indicate an average of 432,001 players to date. During Dec. 2022, there were 468,805 players, a low not seen in over two years, since Nov. 2020. 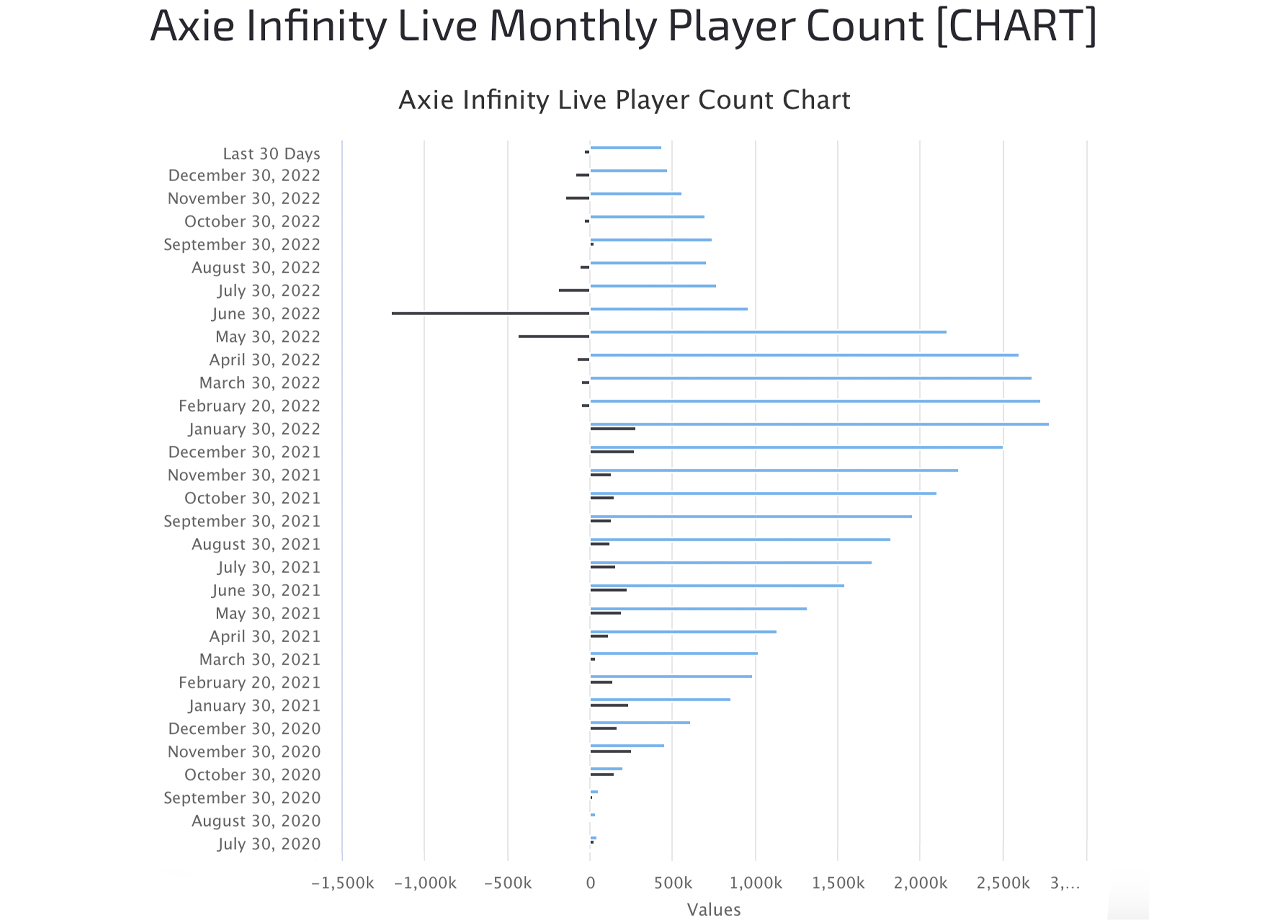 The last month of 2022 and the first month of 2023 also saw dismal numbers. As far as all-time NFT sales are concerned, the project developed by Vietnamese studio Sky Mavis has recorded $4.26 billion in total NFT sales, more than top NFT markets like Magic Eden, Looksrare, X2Y2, Rarible, and Atomicmarket. 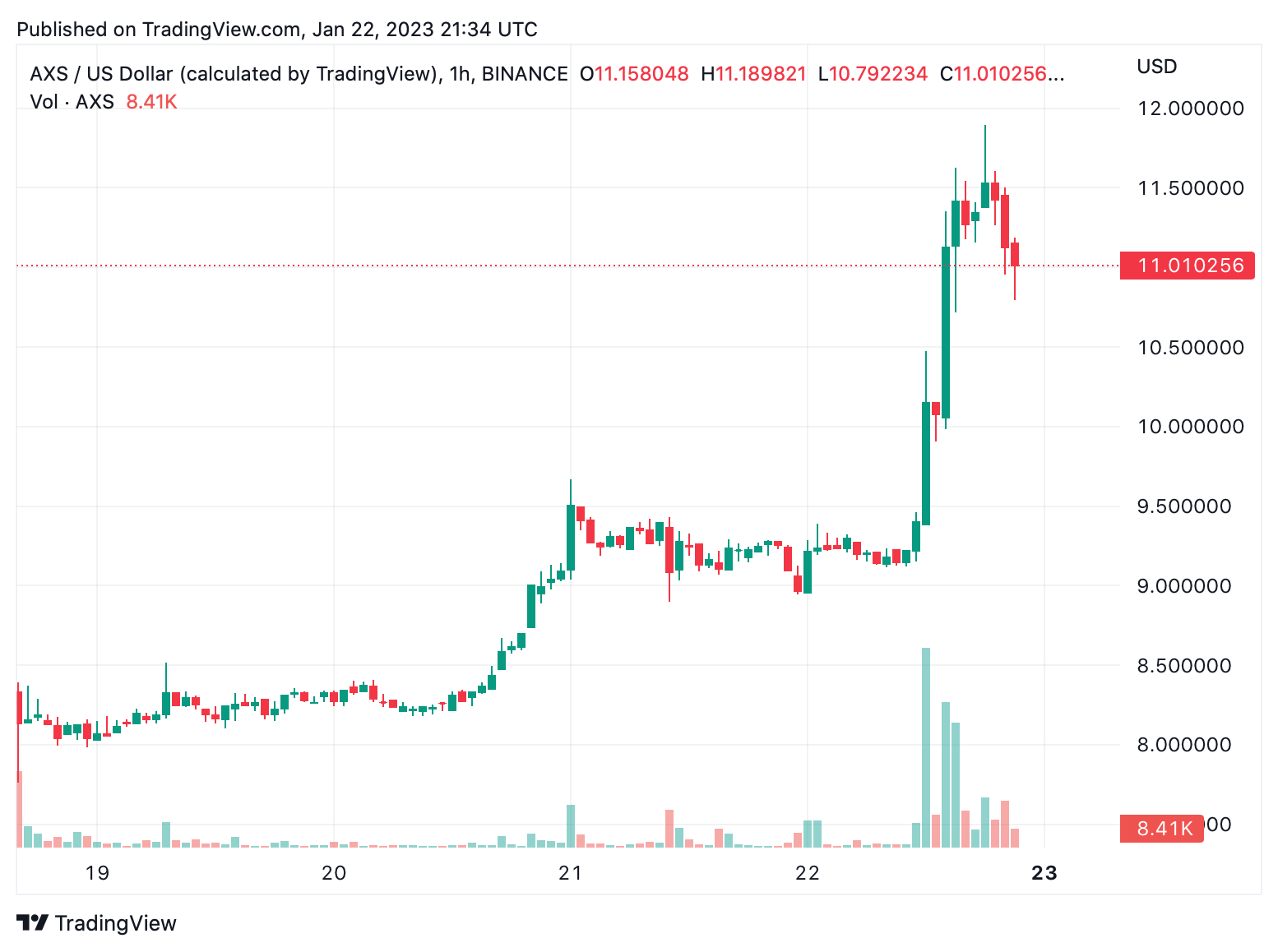 Despite the recent lift, AXS is still down from its $164 per unit high on November 6, 2021, and is down 93% since that day. The play-to-earn (P2E) game Axie Infinity’s player count is significantly lower than some of the top played games today. For instance, activeplayer.io shows that Overwatch 2’s active number of…