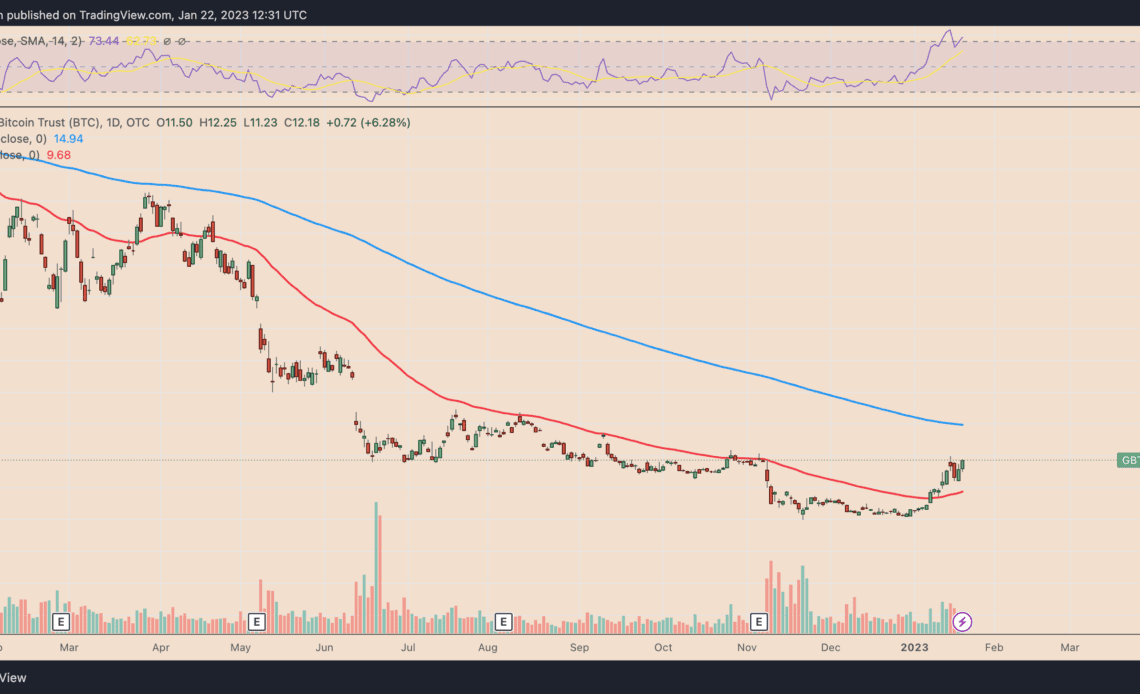 GBTC price, of course, recovered alongside Bitcoin, rising roughly 40% from its November lows. The recovery in January also helped reduce the GBTC “discount” from nearly 50% to 40%, according to YCharts.

Interestingly, the share price rebound coincided with a reduction in ARKW’s GBTC holdings by 500,000 shares, suggesting profit taking in the short ter.

Moreover, Ark’s reduction in shares since November appears in line with its officially “bearish view” on the Grayscale Bitcoin Trust, as mentioned in its December report, which stated that:

“The Digital Currency Group (DCG) appears to be one of the biggest questions marks in the crypto industry at this time.”

The company also expressed concerns about Genesis Global, a cryptocurrency lender owned by DCG. Genesis filed for bankruptcy while claiming $1 billion to $10 billion in liabilities to over 100,000 creditors.

Meanwhile, Grayscale has been unable to convert its Bitcoin trust into an ETF following rejections from the U.S. Securities and Exchange Commission (SEC). As Cointelegraph reported, an approval from the SEC could reset GBTC’s discount to zero.

Ark’s selling of GBTC shares in the past weeks coincided with accumulation of Coinbase (COIN) shares.

Overall, Ark appears to be only increasing its exposure to the Bitcoin market, particularly as Wood is well known for her consistent $1 million BTC price prediction by 2030.