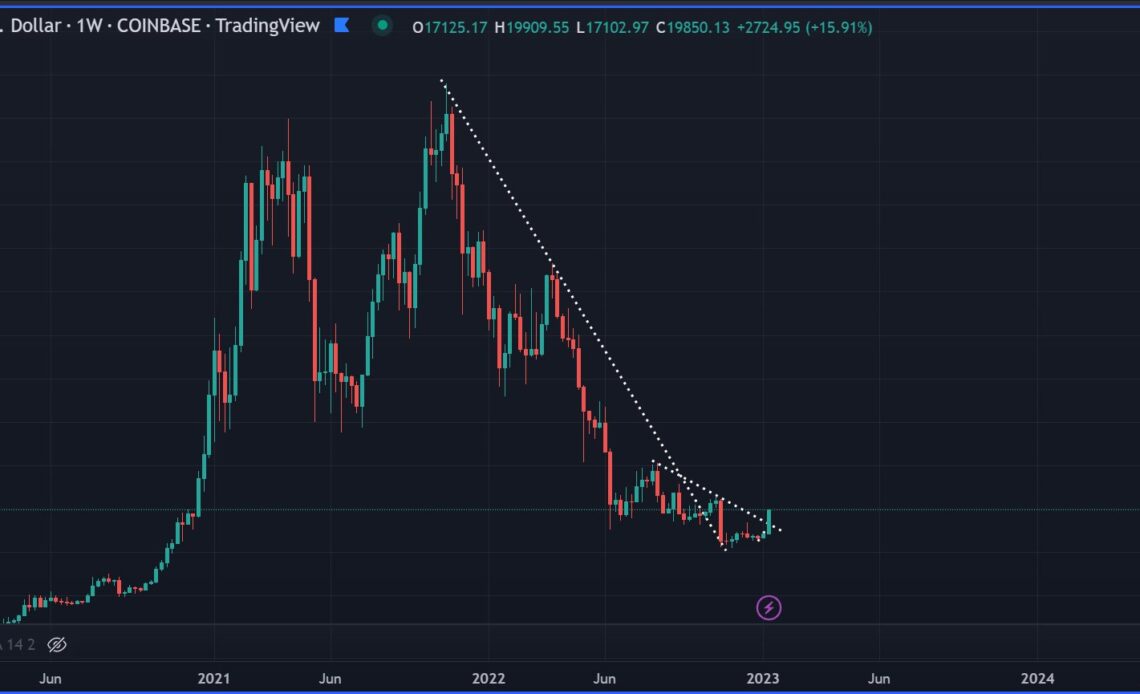 A crypto strategist who correctly called Bitcoin’s 2018 bottom says the floor for the BTC bear market is already in.

Pseudonymous analyst Smart Contracter tells his 281,500 Twitter followers that Bitcoin has managed to take out two diagonal resistances that have kept BTC in a downtrend for over a year.

Looking at Smart Contracter’s chart, Bitcoin appears to have broken out of a C-fork pattern, which is traditionally viewed as a potential reversal play.

With the breakout, the crypto analyst thinks that the bottom is in for the king crypto.

“My guts telling me bottom’s in, and we all got blinded by ‘mUh mACrO.’”

“I like AAVE for a breakout here. [It] has an identical structure as ETH before its breakout yesterday.”

Smart Contracter is a popular practitioner of the Elliott Wave theory, a technical analysis approach that seeks to predict the future price of an asset by following the psychology of market participants that tends to manifest in waves.

Based on the analyst’s charts, both ETH and AAVE have completed ABC corrective waves and now appear to be starting a new uptrend in the daily chart. The analyst predicts a rally to around $2,200 for Ethereum and $130 for Aave.

Looking at smart contract protocol Avalanche (AVAX), the analyst believes that the Ethereum rival has more upside potential before it corrects.