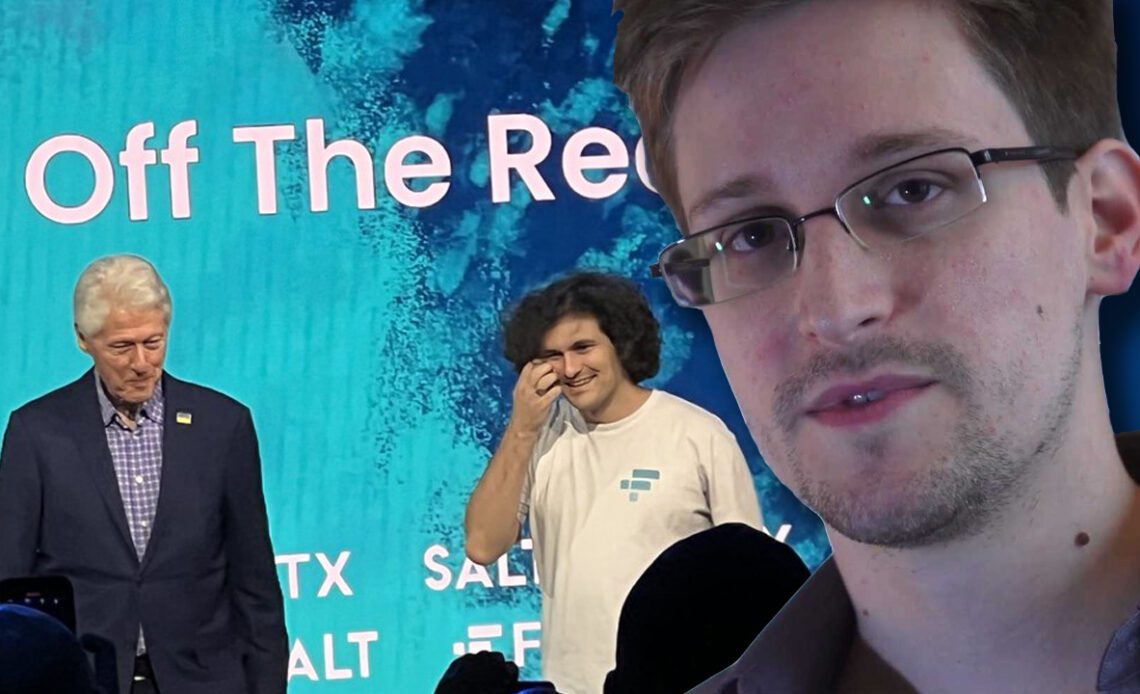 Whistleblower and former NSA contractor, Edward Snowden, has been very vocal about the crypto economy in recent times. After publishing a copy of Bitcoin’s white paper on Twitter on the document’s 14th birthday, Snowden had some words with Craig Wright, the man who claims to be Satoshi Nakamoto. Following the news tied to the troubled crypto exchange FTX, Snowden added his two cents and said “custodial exchanges were a mistake.”

Edward Snowden has been tweeting often about the crypto sector and on Oct. 31, 2022, the whistleblower published a copy of Bitcoin’s white paper on the document’s 14th anniversary. While the tweet received over 46,000 likes and close to 10,000 retweets, it started an online tiff between Snowden and Craig Wright.

Snowden’s tweets are why I am on Twitter 🤣 https://t.co/1pBlEORKFo

The man who claims to be Satoshi replied to Snowden’s tweet, and said: “I was never anonymous you traitorous scum.” But Snowden fired back at Wright and explained how Wright lost his recent lawsuit against Hodlnaut.

“While we’re playing the memory game, the next time you want to tell Twitter you were never anonymous, try and keep your story straight, you miserable corncob,” Snowden said to Wright. Snowden further shared a picture of a blog post Wright wrote back when he first came out, that said: “I believed that I could put the years of anonymity and hiding behind me.”

Following the news stemming from Binance detailing it will acquire FTX, Snowden told his 5.4 million Twitter followers that “custodial exchanges were a mistake.” Furthermore, Snowden has been highlighting Sam Bankman-Fried’s now-deleted tweets that said: “A competitor is trying to go after us with false rumors. FTX is fine. Assets are fine.” While the tweets explained that FTX assets were fine, Bankman-Fried has removed the tweets from the web.

“And they call me a criminal,” Snowden wrote while sharing an image of Bankman-Fried’s now-deleted tweets. Snowden also shared a picture of Bankman-Fried’s appearance on stage with a number of Democratic leaders like Bill Clinton. Bankman-Fried was the second largest donor to the Democratic party in the 2022 midterms, and the exchange CEO promised to donate roughly $1 billion in 2024.